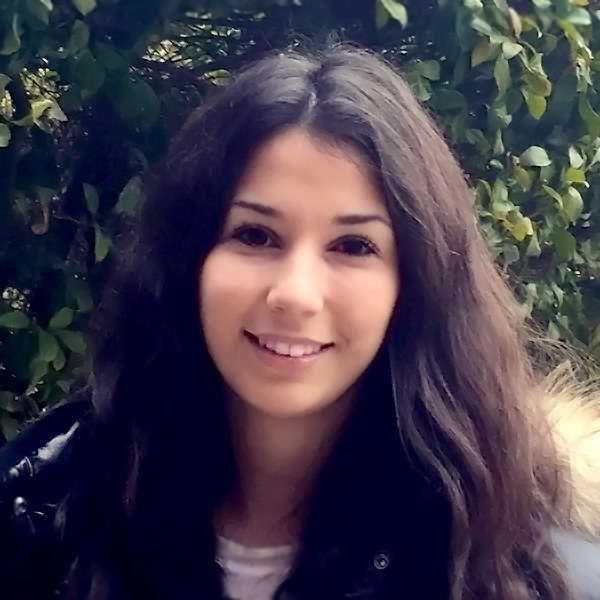 Majors/Minors: International Economics with an emphasis in Political Economy and a minor in Political Science

Which universities and/or schools have you attended in the past?

I have attended both primary and high school back home in Croatia.

What is your international background?

My mother is Croatian, while my dad is a Bosnian Croat.

How did you hear about Franklin University Switzerland, and why have you chosen to study here?

I had been to Lugano before coming to the university, since I spent four summers in TASIS Switzerland, and that is when I fell in love with Lugano. My older brother applied here first, so I have followed in his footsteps. I decided to study at Franklin because my brother suggested that I apply here and my family was in love with the university. Also, the Academic Travel that is offered at Franklin looked like a unique experience.

What is your major and why have you chosen this field of study? Is there a particular subject within this field that you find especially fascinating?

My major is International Economics with an emphasis in Political Economy. When I first arrived at Franklin, I was deciding between majoring in International Relations or International Management. However, after a few classes, I realized that International Economics and Political Economy is the perfect major for me because it combines both of them. Both economics and politics influence the world surrounding us, so I believe that knowledge in these subjects can be of great use. The field that fascinates me the most is the economic policy regulations and how they usually do not get implemented due to political reasons.

Why do you think a student who is interested in your major might want to choose Franklin University Switzerland?

One of the reasons is the excellent staff in the Economic department. It is a great opportunity to have a class in Developing Economics with an Indian professor who has actual life experience from that area and that actually did her PhD dissertation on development. Or, on the other hand, to listen to an Italian professor discussing the economic and political situation in the European Union while you have people representing almost every country in the classroom and they all have their own point of view on the issue. This environment helps you to be open-minded and to really look at things from almost every point of view.

Which special features/differences do you see in your classes in comparison with other institutions (schools or universities) where you may have studied previously?

Well, unlike in my previous schools, the classes are much smaller which becomes a big advantage since the professor has the time to answer each question or doubt a student may have and can give more attention to each student. Also, at Franklin, professors are available to us at anytime in case we did not understand something during the class; they always have their doors open and are ready to help. In addition, in my school back home, everyone was from the same city, while Franklin has more than fifty nationalities on campus.

What has been your favorite Academic Travel course, and why?

It is honestly hard to decide which Academic Travel was my favorite. The reason is because they were all special and amazing; each in their own way. With Academic Travel, I have been to Rome, Florence, Serbia, London, Cyprus, Croatia, Slovenia and in a couple of weeks, I am going to South Africa. The professors for each of these Academic Travels had an outstanding knowledge regarding the area we were visiting and were very insightful. Academic Travel shows you more than any tourist agency would be able to. That’s what it’s all about. You learn about the economic, political, historical and financial situation in each of these countries through conferences and lectures with the people who live there.

If you have already had this opportunity, please tell us more about any internships/study abroad programs you have done.

I spent my winter break doing an internship as an assistant in Kolinda Grabar-Kitarović presidential campaign in Croatia. Mrs. Grabar-Kitarović was the Croatian Minister of Foreign Affairs, Ambassador to the United States and Assistant General Secretary for Public Diplomacy in NATO before running for president of Croatia. As the assistant to her personal secretary, I was accompanying Mrs. Grabar-Kitarović on tours and visits around Croatia and neighboring countries. I also worked in the campaign headquarters helping with organization and administration of her campaign. Mrs. Grabar- Kitarović won the election and became the first female president in the history of Croatia.

What are your general or specific career goals? How do you think studying at Franklin will help you achieve these goals?

After graduating from Franklin, I am planning on doing my Masters degree most probably in the London School of Economics or in the College of Europe in Bruges. Afterwards, I would like to work for an EU organization. I believe my experience at Franklin will be very useful because it got me used to the international environment that I will need to be accustomed to in the future. Also, studying at Franklin has taught me that there is not just one perspective; life is not just black or white.

What do you like best about the campus or university?

I like that it has a good position; just a 10-minute walk to downtown Lugano.

What are your first impressions of the university?

My first impression was that I found the university to be very international. I was really surprised with the number of languages you could hear walking around the campus. I had a feeling I was in the right place.

What are you passionate about beyond university extracurricular activities?

I am a really big Real Madrid fan, so I enjoy watching their games.

What do you do for relaxation/recreation?

I go to the university gym. I hang out with my friends a lot. I watch many, many TV Shows when I have the time, and I like to play tennis when the weather allows it.

Which clubs or activities are you involved in on campus and why those?

I am a part of the Tennis Club. I was a professional tennis player before, so I like to play once in a while with our tennis group. We also participated in the Euro Roma tournament in 2013 in which we won 4th place. I am also part of the Arab Club. My Arab friends told me to join their group because I can pass as an Arab, and I thought it would be a great way to learn more about their culture.

What tips would you give to someone coming to Franklin University Switzerland from your home region?

I would tell them to come prepared for the student university life, however, also to be ready to meet some fantastic people here with who they will make lifetime friends and future business contacts.

What surprised you most about Franklin?

I believe what surprised me the most was how people were so nice and welcoming when I arrived my freshman year. The staff and the students really try to reach out to you and make your experience at Franklin better.

Tell us about an important lesson or an epiphany you have had during your time here.

After some period of time, I realized that now I perceive Lugano as my home, and my actual hometown as a place where I go for vacation. My first semester when I would text my mom, I would tell her, “Hey mom, I just got to my dorm.” While soon after that, I started texting her and saying: “Hey mom, I got home!” I realized Lugano became my home, and my friends became my family here equally as supportive and loving as my family back home.

Usually, I wake up early before class to have coffee with my friends at the campus cafeteria. After my classes, I have lunch at the Grotto, and I chill there with my friends. If I have assignments due, I spend my day in the library, and then later in the afternoon, I go to the gym before heading back to my warm bed. During the weekends, I spend the day downtown walking around Lake Lugano and enjoying the view.