"Thank you all very much for entrusting me with this mission, it is hard for me to put into words what this means to me. I feel humbled and privileged in equal measure. Rest assured that I shall put not just my higher education experience and professional capabilities to the task but also my full heart into it."

Dr. Martín-Barbero is a higher Education Leader, Administrator and Academic Innovator, with a keen appreciation for interdisciplinarity, intrapreneurship and internationalization across different institutional models, including college/liberal arts and business school.

Prior to his current position, he was President/Rector and Faculty Member at the University Camilo José Cela, in Madrid, where he was the Chief Academic and Operating Officer, with full academic, institutional, and financial responsibility over two campuses and two affiliated centers: 4,500 students and over 500 faculty and staff members.

Dr. Martín-Barbero has also held notable senior executive, entrepreneurial and academic roles at IE University and IE Business School, as Founding Dean and Professor at IE School of Communication, Secretary General of the International Advisory Board at IE University and Associate Dean at IE Business School. Furthermore, he has been for more than a decade actively engaged with several working groups at the World Economic Forum. WEF, in CH: Informed Societies, Knowledge-Universities and the Latin America Region. In terms of industry experience, he has also worked in the past as project manager at the E-learning division of Telefonica Group and has been trained as a media reporter in the Culture and Society Section at Prisa Group (El País, Cadena Ser and Canal Plus).

Among his many achievements was an ‘interdisciplinarity-innovation-internationalization strategy’. Inception of a Liberal Arts and Sciences model, with three new schools, in Health-Education, Business-Technology & Humanities Communication. Active learning, civic action, and cultural immersion in four continents. The university positioned itself among the top 200 in the Shanghai Global Ranking-Academic of World Universities (2018) for research in Sports Sciences. Gender parity was accomplished within the Senior Leadership and Academic Team.

Dr. Martín-Barbero has many affiliations and recognitions, including the Top 100 Economic Leaders of Tomorrow (Spain), and the International Leadership Program by the US Department of State. He is the author of many publications on specialized media and academic journals, and speaks English, Italian, Spanish and French. Among his personal interests are piano, biking, tennis, and house museums.

You can contact the Office of the President by emailing fatkinson@fus.edu. 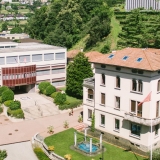 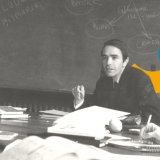 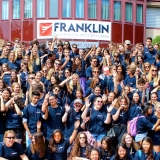