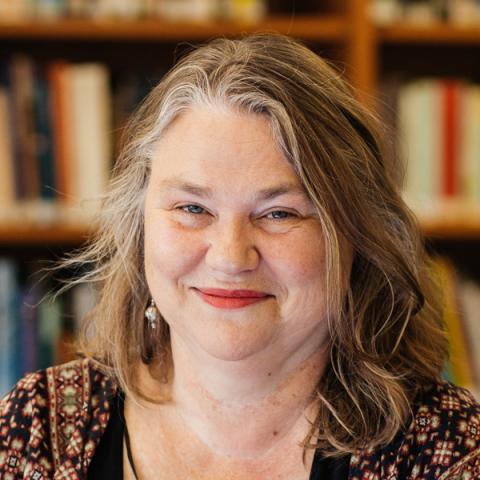 Co-Chair of the Academic Division of Arts and Cultures

Caroline Wiedmer is the author and editor of a number of books, including The Claims of Memory: Representations of the Holocaust in Contemporary Germany and France (Cornell University Press, 1999), Inventing the Past: Memory Work in Culture and History (Schwabe Verlag Basel, 2005, together with Otto Heim), Motherhood and Space: Configurations of the Maternal in Politics, Art and the Everyday (Palgrave Macmillan, 2005, with Sarah Hardy) and The Intersections of Law and Culture (Palgrave MacMillan, 2012, with Priska Gisler and Sara Steinert Borella). She has received research fellowships from the University of London, the Center for Gender Studies of the University of Basel, Princeton University, Stanford University, the Collegium Helveticum at the ETH in Zürich and the Center for Advanced German and European Studies of the Freie Universität of Berlin. In the Department of Literature and Culture she teaches classes on memory, poverty, law and culture, catastrophe, and urban studies. Her classes in German Studies focus on Swiss-German Film and Migration. Her research interests include memory studies, gender, film, law and culture, spatiality, and the workings of narrative in multiple domains of cultural and intellectual life. She is currently at work on a study of street newspapers and the construction of public space.

Motherhood and Space: Configurations of the Maternal in Politics, Art and the Every-day. Ed. with Sarah Hardy, London: Palgrave Macmillan, January 2006.

The Claims of Memory: Representations of the Holocaust in Contemporary Germany and France. Ithaca: Cornell University Press, 1999.

Works in ProgressSpare Change: The Construction of the Homeless in Street Magazines. (working title, single-author book).

Grant from the Cooper International Series in English Literature and Culture, to support publication of co-edited book on Memory and Trauma (August 2005), with Schwabe Verlag in Basel.