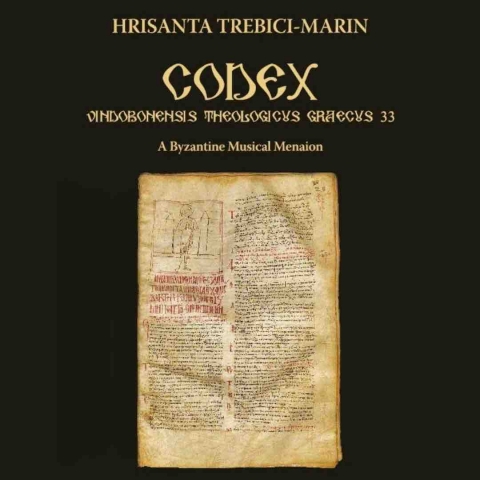 "Choosing a particular theme from the multitude of subjects that the Byzantine heritage offers is neither obvious nor easy. One of the challenging approaches was related to the manuscript's dating and provenance. Why would a manuscript whose handwriting indicates the end of the twelfth century use an old musical notation whose spreading flourished in the eleventh century? The paleographic analysis of both the text (in Byzantine Greek) and the music (in neumatic Coislin notation) allowed me to attempt answering these questions."

Professor Hrisanta Trebici-Marin has recently published a new volume representing the result of several years of research on the original Byzantine manuscript from the eleventh century held at the Austrian National Library (ÖNB). In it, she presents the typology of the liturgical manuscript Theologicus Graecus 33 and focuses on the hagiographical and the musicological aspects of the content. The manuscript is a menaion – a special collection of hymns and various liturgical texts disposed in the calendar's chronology.

The volume is structured in seven chapters and also contains facsimiles of the manuscript.

Professor Trebici-Marin is an Adjunct Professor of Music History at Franklin, a Senior Researcher in Ancient and Modern Music, a music consultant and advisor.