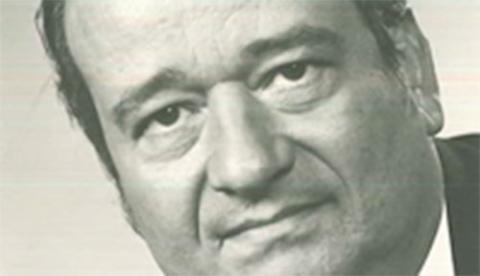 We are deeply saddened to announce the passing of Dr. Otto Albert Kaletsch, who died peacefully at home on Monday, May 11th.

Dr. Kaletsch was elected to the Franklin University Switzerland Board of Trustees in 1982 and had a long-standing tenure as Chairman from 1990 to 2000. During his tenure Franklin's enrollment doubled, and academic initiatives resulted in major growth in the size of the faculty and number of academic programs. Dr. Kaletsch also established the Faculty-Trustee Dialogue at the University, an opportunity for trustees and faculty members to meet and discuss issues of mutual importance. He believed passionately in the value and importance of an international education. For his many achievements, Dr. Kaletsch was awarded Franklin's first Doctor of Humane Letters honoris causa.

Born and educated in Berlin, Dr. Kaletsch left Germany in 1951 to work in Canada, Brazil, and the United States before establishing Panta, Inc. in New York City in 1963. The company, located in Rockefeller Center, assisted German corporations with forming subsidiaries in the United States. Dr. Kaletsch was a former director of Mercedes Benz of North America, and Süd-Chemie, among others.

Dr. Kaletsch was active in a variety of civic and philanthropic organizations, including as former president of The German Forum, with which he helped found the German School New York (now German International School New York) in White Plains. He was also involved with the American Council on Germany, German Society of the City of New York, and the German-American Chamber of Commerce, to name a few. In addition, he supported several philanthropic interests in New York City and Cornwall, Connecticut.

In recognition of Dr. and Mrs. Kaletsch's generous contributions to Franklin University Switzerland, the South Campus was named in their honor in 2006. Former President Dr. Erik Nielsen opened the dedication ceremony with the following words "Otto Kaletsch has dedicated the past 25 years of his life to Franklin College. He has been untiring in his devotion to this institution, and throughout it all his commitment has never wavered."

Dr. Kaletsch resided in West Cornwall, Connecticut with his wife, Mrs. Nina Kaletsch, who is also a member of the Franklin University Switzerland Board of Trustees. His daughter, stepson, and stepdaughter in-law graduated from Franklin.