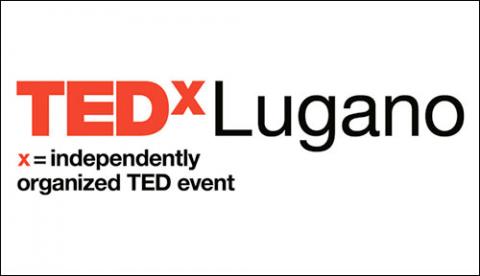 Following the resounding success of the first TEDx conference in Lugano last April 2014, FUS is looking forward to hosting the second edition of TEDxLugano on Saturday, April 18, 2015 at the Nielsen Auditorium.

In the spirit of ideas worth spreading, TEDx is a program of local, self-organized events that bring people together to share a TED-like experience, where x = independently organized TED event.

On April 12, 2014, Franklin University Switzerland hosted the first ever edition of TEDx Lugano, themed 'A Lens of Opportunity' and featuring talks on topics ranging from putting ideas into action to curating a winning team and the ‘interrelation’ between love and sales.

According to Larry Huras, professional hockey coach, his talk at TEDxLugano 2014 was the first time he was asked to be “informative, thought provoking, inspirational and, above all, entertaining (…)” – in just 18 minutes! - and this helped him focus on what was “really important when it comes to building a winner”. Jack Vincent, sales advisor and author of “A Sale Is A Love Affair - What Salespeople and Lovers Can Learn From Each Other”, shared the same experience, given that in his 18-minute speech, he had to truly focus on his key message. “What made my experience memorable,” Vincent noted, “was the highly educated audience, which energized me and gave me the motivation to work hard and finish my book”, which became the number one new release in its first week on Amazon. Another speaker, Gregor Vulturius, research associate at the Stockholm Environment Institute, said that TEDxLugano helped him refine his communication skills and his ability to predict how people perceive scientific information. The first TEDx Lugano experience therefore seems to have been very fruitful, not only for the audience but also for the speakers.

The 2nd edition of TEDxLugano will build on this success, challenging speakers and the audience on the theme of "(Hy-)performance", meant as the pushing of one's performance in a particular activity or task significantly beyond what are perceived as 'normal' limits. What happens when you push beyond these limits - and is pushing beyond 'normal' levels of performance essential to 'discovering the undiscovered' or developing trailblazing innovations? This year's TEDx Lugano speakers will cover this subject from different points of view, including science, culture and the arts, exploring also the interrelations between formal conceptions/aspects of performance (e.g. benchmarks, measurement etc.) and less formal ones (e.g. the principles of artistic/cultural performance, or the realities and effects of performing different and sometimes contrasting identities in one's life).

Interested? If you’d like to take part in the event, keep an eye on the TEDxLugano website, where you will also find more information on how to apply for tickets. As with the 2014 edition, access to the conference will be for ticket holders only.