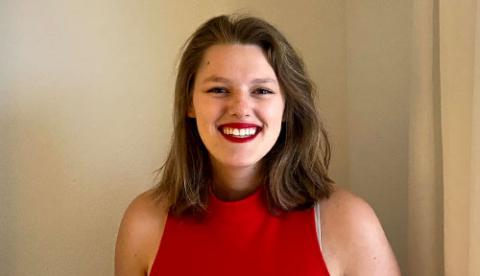 Franklin students honed their diplomatic skills with other students attending from schools across Switzerland.

On November 21, a group of Franklin students logged into Zoom for Day 1 of a virtual Model United Nations (MUN) conference. The conference, which was initially going to occur in person, adapted quickly to an online format. Students from several Swiss high schools and universities attended for two full days, with Franklin being the only university located within Ticino to join.

Third-year student Campbell Pair attended the conference. An International Relations major and President of the Political Discourse Society, Campbell initiated Franklin’s involvement. After learning about the event from her professors, she got in touch with its organizers and arranged for seven Franklin students to participate.

MUN simulations provide high school and college-level students with the opportunity to strengthen their diplomacy skills and learn more about how the United Nations operates. During conferences, each student represents a country’s stance on an international issue and seeks to find a common resolution. Participants are assigned a country and submit a position paper before convening. During the conference that took place on November 21 and 22, students sought a resolution for the conflict brought about by Israeli settlements located within Palestinian territory.

“It was a whirlwind. You’re on Zoom meeting people from across Switzerland and trying to represent a country. I’m not going to lie; it was hard.” Campbell stated about her first MUN conference. According to Campbell, she signed up because she has always been interested in the United Nations and wanted to learn more about its procedural practices. Other than her interest in the United Nations, Campbell cited her experience with the Department of International Relations and Political Science as inspiration for participating.

Campbell’s interest in politics extends well beyond academic opportunities. During the summer, Campbell started working on Reverend Raphael Warnock’s campaign for U.S. Senate. Today, she serves as one of the Campaign’s Finance Fellows and helps identify potential major donors. The Senate election, which takes place on January 5 in Georgia, will determine which U.S. political party controls the Senate.

A Georgia-native herself, Campbell recognizes the importance that Georgia now plays in U.S. national politics. While the state has not received widespread attention in recent elections, it now offers both political parties the potential to make significant gains at the national level.

According to Campbell, her experience as a Finance Fellow “has been absolutely amazing.” She has gained insight into political campaign finance management and met other young people interested in politics. In the future, she hopes to use these experiences to build a meaningful career that extends upon her educational and political background.