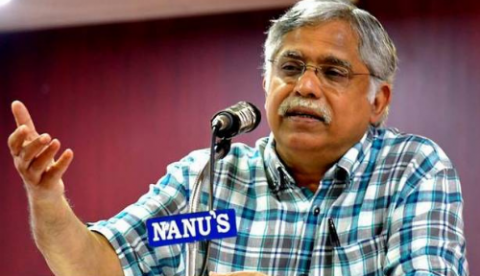 The eminent development economist is teaching the Special Topics Module.

Dr. Chandrasekhar was a Professor at Jawaharlal Nehru University (JNU), New Delhi, India, from 1997-2014, after which he became the RBI chair Professor on Money, Banking and Finance at the same institution. He has also worked at UNCTAD, Geneva, School of Oriental and African Studies (SOAS), in London, and has been a senior consultant with the Government of India, ILO, UNDP, UNICEF and G24.

Dr. Chandrasekhar has published books on India’s economic development and  in well-renowned international journals like Review of Political Economy and Cambridge Journal of Economics. His areas of research are mainly Macroeconomics, Monetary economics and Development economics. He has additionally written on a number of development-related topics such as Industrial policy in developing economies, role of the state in development, balance of payment issues, changing role of agriculture, monetary and fiscal policies. Last but not least, in the past year, Dr. Chandrasekhar also composed on the impact of COVID-19 on the world Economy.

At Franklin, Dr. Chandrasekhar is holding a course on “The Political Economy of Uneven Development in a Globalizing Order” in which students learn about the role of developing economies in a new world order. Included topics of discussion are the changing position of developing countries in the international economic order, consequent to the oil shocks; the relocation of manufacturing to some developing countries; the establishment of the WTO; the rise of global finance and the discovery of emerging and frontier markets. Furthermore, Dr. Chandrasekhar also addresses the pattern of trade and capital flows; the degree of economic vulnerability, in different developing countries; inter and intra-country inequality; the implications of the post-reform rise of China from being a developing country to a potential global power; the resulting differential in the impact that two major crises have had on the developing economies (the 2008-09 Global Financial Crisis and the ongoing COVID-induced crisis) and the new development challenges facing poor countries.