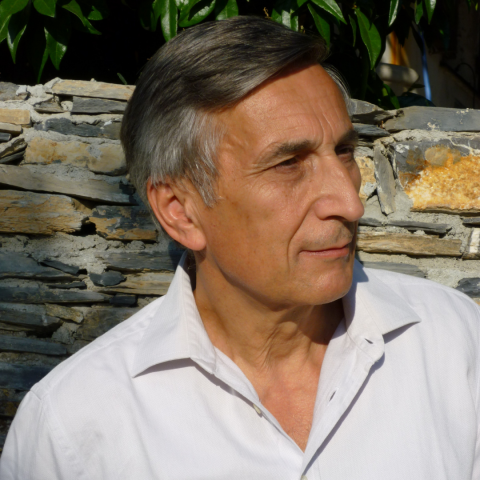 Professor Sergio Focardi has collaborated with Franklin University Switzerland on many occasions in these past years. In 2020 he was invited to teach a full course on "Qualitative Economics in the Post-Covid Era" by the Master of Arts in Political Economy of Money and Development. in addition, he held different seminars and conferences, the latest being during this Fall '21 semester with the webinar on "A New Economic Theory for the Green Transition". Professor Focardi is currently teaching Finance at the Pole Universitaire Léonard De Vinci, Paris La Defense, France, and has been part of the faculty body also at the University of New York at Stony Brook, Princeton University, and EDHEC in Nice, France. Main interests and areas of research of Professor Focardi's work include the underlying theme of studying and modeling economies and markets as complex systems. Given Professor Focardi's research interest in global warming, Franklin asked his views regarding a statement by the recent Nobel laureate Giorgio Parisi, that the policy objective of increasing Gross Domestic Product (GDP) as much as possible is in profound contrast to stopping global warming. Here are Professor Focardi's views.

Franklin: The Royal Swedish Academy of Sciences awarded the 2021 Nobel prize in physics jointly to Syukuro Manabe, Klaus Hasselmann, and Giorgio Parisi in recognition of their work in modeling complex systems, a study that is crucial to understanding the Earth’s climate and hence climate change. Specifically, Professor Parisi stated that the goal of increasing Gross Domestic Product (GDP) is in contrast with the fight against climate change. He states that GDP "Is not a good measure of the economy because it captures the quantity but not the quality of growth." Do you agree with his statement?

Professor Focardi: Given how GDP is measured today, I agree with Parisi's statement. However, I see an even deeper problem with GDP as a measure of our economies. The way in which GDP is measured today entails measuring inflation in a way that does not take into account qualitative changes. This implies that an increase of GDP triggers an increase of the quantity but not of the quality of what is produced and sold. This is a fault of mainstream economics that could be mended. As I explained in the Green transition webinar broadcasted from Franklin University Switzerland in September, we should adopt a new concept of inflation, that I called "Generalized Inflation", considering qualitative changes of economic output. Adopting generalized inflation, real GDP measures both quantity and quality. Then, an increase of GDP could be primarily qualitative without harming the environment.

Franklin: Professor Parisi forcefully stated that if we keep on using GDP as the key economic indicator we will have a "sad future." He urged using an index that considers other aspects of economic life. Do you think that your proposal of using qualitative aspects of output will solve the problem?

Professor Focardi: My proposal of including quality as a genuine component of growth is a step in the direction suggested by Professor Parisi. If adopted in full, it would allow "economic growth decoupled from resource use" which is one of the three key points of the European Green Deal. Now, I propose a reconsideration of economic theory in order to make it able to describe and model the real change towards a more qualitative life. Failure to make this theoretical change would make the real change very difficult. In fact, under present mainstream economic theory, a more qualitative economic life measured by the traditional GDP would be perceived as a recession. Moving real economies towards more quality and less quantity is a major cultural and economic change that requires a coordinated effort of many decision makers. Let’s be clear on this point: making economic theory able to model quality will not per se change the economy. However, failure to make this theoretical change will make policy decisions for a transition to a green economy way more difficult.

Franklin: Professor Parisi also said that he shares the sharp criticism to GDP made by Robert Kennedy in his speech to the University of Kansas on March 12, 1968, where he concluded that GDP "measures everything in short, except that which makes life worthwhile." Do you share this statement?

Professor Focardi: Only partially. We should not demonize growth outright. In his book "The Great Escape" the Nobelist Angus Deaton describes the still limited escape of humanity from poverty. Clean water, heated houses, sufficient food, the ability to understand and cure disease as well as the progressive escape from dark superstitions are made possible by economic progress. Green activists have typically given the impression that the only solution to the environmental crisis consists in giving up consumption. We should realize that a peaceful de-growth is not a realistic option. Therefore we should try to mitigate climate change and reduce the usage of resources, but at the same time try to save as much as possible of the positive elements of growth.