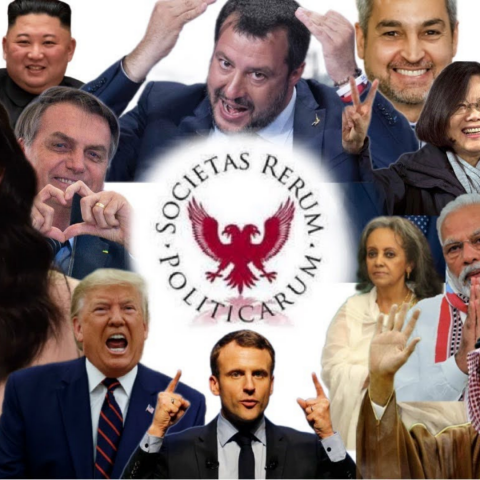 The Political Discourse Society (PDS) was founded in 2011 and is today the longest-running Franklin student club on campus, which over the course of these 10 years has covered hundreds of topics from all across the world. Originally founded by alumni Michael Lemon '12, Diego di Iorio '14, Isabel Glusman '15, and Shelby Dankla, it has since been advised by Professor Emeritus Armando Zanecchia and Professor Roberto Cordon.

Professor Armando Zanecchia fondly recalls "The Political Discourse Society evolved from members of a new course that I taught entitled International Political Economy. The course investigated a number of foreign policy issues from a critical as well as mainstream perspective, including United States interventions in Central America and the Middle East. Several members of the course were the prime movers of our discussions, and we would often have debates in class as well as on Academic Travel  as we traveled through Mozambique or South Africa. Eventually, the PDS evolved into a more informal discussion group for current events that continues still 10 year later!"

The PDS meets weekly, on Wednesday afternoons, and provides a forum for students to discuss current events and political topics. It has helped organize a number of election watch parties, academic guest lectures, and always ends with savory treats. Topics discussed range from the latest news and events, political happenings, trending subjects, and more. A short list of the most recent arguments includes the European Super League, Amazon's role as a corporate giant, voter suppression, warning women versus educating men, the World Trade Organization's selection of a new chief, Myanmar Coup, the Farmer's Protests in India, and the Kyrgyzstan elections. Structured as open conversations, where at any time anyone from the Franklin community can join and partake in brainstorming and exchanging opinions, the Society is a free space for open judgment. During the dialogues, Political Science and International Relations professors are also involved and add their own insights and impressions, supporting the group in their conversations.

This year’s president of the PDS, Campbell Pair ’22 recalls “I went to my first-ever event during my freshman year, I loved it so much that I’ve participated and been an advocate for the club ever since.” Vice president, Saeeda Bano ’23 adds “We believe it is very important to keep up to date with what is going on around the world and invite every level of knowledge. We especially try to cover those issues which are still relevant but have lost media attention.” The student club is also delighted to announce that this year its members will be participating in the Model Unit Nations - Ticino at a local high school in the Lugano area. Additionally, the Society also hosted the Honorable John Dalton, a Human Rights Commissioner in Arizona and a Presidential Appointee to the U.S Selective Service Board, earlier in October.

Today, November 17, the Political Discourse Society will be celebrating 10 successful years, at 6 p.m. in the Kaletch Campus Conference room. The venue is open to all students, will include refreshments, and also former PDS presidents zooming in from around the world. Its members are honored to have contributed to the club’s prosperity and are hopeful that many more Franklin freshmen classes will participate in carrying on the Society’s legacy for many years to come.