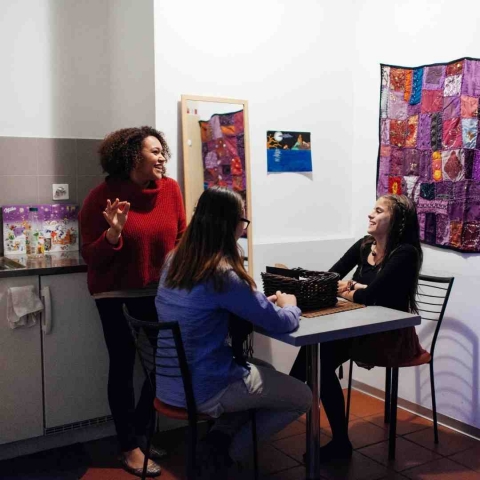 Ciliegi was very convenient as it was located right between the North and the Kaletsch campuses. This smaller dorm housed 16 residents. Each dorm had 1 kitchenette + 1 bathroom + 1 bedroom + 1 living room, making it a perfect small and cozy home away from home.

As we salute Ciliegi, we asked some of our alumni to reminisce some of their fondest memories at the residence. Thank you to Conner, William, Dilan, Alan, and Charlotte for sharing these magical moments with the rest of the Franklin community. 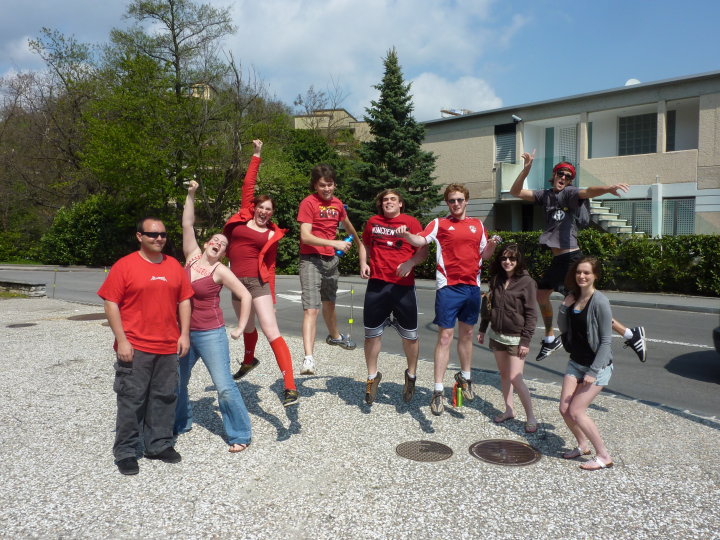 "I remember winning the Residence Cup, the inter-dorm competition at the time. Though we did pretty well for being one of the smallest dorms I remember our win was almost entirely due to Kate Polsky, who as I recall swept the awards at the bakeoff competition and almost single-handedly got us enough points to win out. Dedicated residents like her and Charlotte Reimer made all the difference!

Texas Night. Several of my friends were in Texas Club and Michael Thomas somehow roped me in to help them prepare for their yearly Texas Night festivities. Living in Ciliegi with no roommate and a full kitchen, it was decided that it was the perfect place to prepare all the potatoes for the potato salad. I agreed, not really thinking about my error until I was suddenly surrounded by bag after bag of potatoes and a deadline to peel and cook them all by the next day... Relying on Franklin's ingenuity and the goodwill of my dorm mates, I went on Facebook and offered free glasses of wine for potato support. Reinforcements soon showed up and over the span of 6+ hours, we cooked more potatoes than I ever could have believed. We eventually succeeded, the goods were collected for the party and I couldn't look at a potato for weeks.

Once the heat went out when it had been snowing. I'm a southern California boy and it was all a bit much for me. So I ended up baking like 3 pizzas, one after the other, just so the oven would keep running and warm up the place.

Had great times out at the picnic table that often served as an impromptu meeting place of editors and staff of the Franklin Voice, the campus newspaper. With my RA as lead editor and one of my best friends Maggie Humphreys also on the editorial board, it made a convenient meet-up point. Fact-checking and setting assignments somehow seemed easier when you were outside on the grass."

"Ciliegi was a really exciting residence hall for me, especially going into my second year at Franklin and first year as an RA. Going into your second year at Franklin was a different experience altogether than the first; in the second year the dynamic changes because your friends and peers who will be with you for your whole four-year experience start to emerge after the semester and year-abroad students go back to their home campuses. For me, this didn't represent a divide between those groups of peers, but you would certainly notice who would be there with you the whole time. The other exciting thing about a second year at Franklin is that by that time you know whether it's the right place for you and what kind of roots you want to put down and what communities you want to join. For, I had been really involved in Scouts in California before I left and I took it upon myself to try and join a local Swiss Scout group that year which led to some memorable experiences like getting lost in the woods around Lugano before finding my way back to Ciliegi and relaxing. Some other fun memories, building snowmen on a snowy day, finally deciding to order a guitar so I could play again while I was in Switzerland, and having that room be the first one that I really went out of my way to decorate and make it home. Ciliegi had always been a small and independent community and I think those features allowed many of the residents I know who lived there to thrive and build their own idea of home in Lugano in a way that the other spaces didn't quite capture the same way."

"My now fiancé, Pamela and I hosted a Valentine’s Day brunch for our friends. We had pancakes, fruit, and an attempt of a heart-shaped bacon weave. A very awesome day in Ciliegi history indeed!" 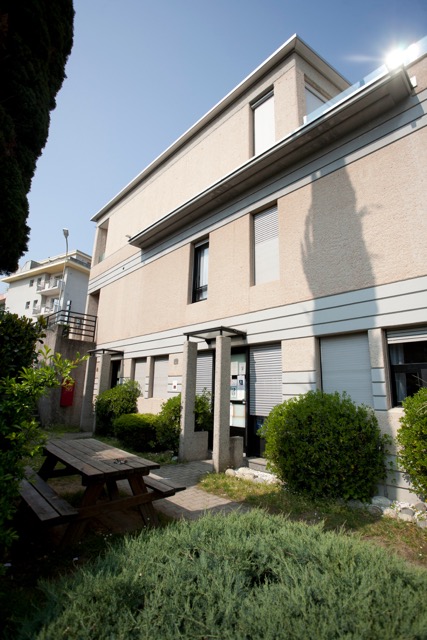 "My old college dormitory, Ciliegi, has been let go after being a part of Franklin University Switzerland for over 32 years. When I heard the news, I experienced an unpleasant feeling. It hurt. Why? Could it simply be reduced and explained as a gut reaction, as if something I enjoy is being taken away from me? No, it can’t be that simple. In my 3 years at Franklin, I stayed in several dormitories, and Ciliegi remains the fondest to me: a mixture of timing and proximity to amazing people in my community. As I type this, the hurt returns. What am I mourning exactly? The possibility of living there again? No, that makes no sense: I’m far from a college student now, and I was immensely more attached to the people around Ciliegi than to the building itself. Perhaps I’m saddened by the notion that future Franklin students will not live there, not enjoy experiences similar to mine? No, that is, even more, abstract and nonsensical. Am I instinctively reacting over an irrational fear that as the lodging of my experience is now forever changed, it makes my memories of it less valuable? No, that’s not it either: my memories are my own, sweetly sealed in my consciousness and immutable regardless of what happened to the locale that once hosted them. This notion is certainly relieving. Then why does the hurt remain still? Hold on. I think I snagged something.

I see now: separating my consciousness from the physical place, separating metaphysical from physical was foolish. It hurts because memories and joy and love do not coast through our lives like water in a hose, but they all bathe in the ocean that is our experience at all times, throughout time. I am much more the person that woke up this morning in my bed than the student waking up in room 04 of Ciliegi, but we are disproportionally the same person: we are not the same, we are of the same. If that student was told Ciliegi would be gone by week’s end he’d be sad: not because of the reasons posited above, but because he lived there, happily at that moment. He would be sad. He’s sad right now. He will be sad again. So how could I not be saddened? I hurt because I am now remembering what it’ll be like entering Ciliegi for the first time, at 21 years of age.

Thank you, Ciliegi. I’ve missed you. I miss you right now. I’ll miss you again."

"I stayed in Ciliegi my sophomore year, from 2009-2010. I felt so lucky to be there, because my best friend at the time, Kate, was my roommate, and some of my closest friends also had rooms in our dorm that year! I collaborated with the Admissions office during my time at Franklin, and I remember they came and took photos of me in Ciliegi for the website. I really loved my time in Ciliegi—in many ways, sophomore year was my favorite at Franklin!

Here are some of my fondest memories: