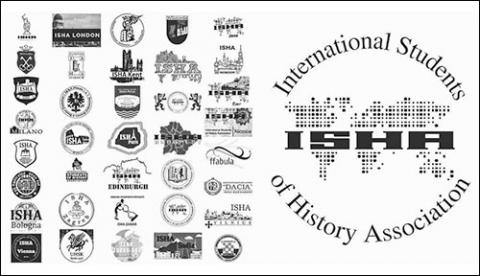 In October, the International Student of History Association (ISHA) published the 20th volume of Carnival, its yearly academic journal.

In October, the International Student of History Association (ISHA) published the 20th volume of Carnival, its yearly academic journal. The journal is named after the carnivalesque concept of inverting norms because it features student work from the undergraduate level to Ph.D. candidacy. Three Franklin history students, Andrea Briscoe, Simon Bruns and Moriah Simonds, participated in the production of the latest volume.

Carnival not only features student work, but students also produce the journal. Moriah Simonds, a chief editor, and Andrea Briscoe, an assistant editor, participated in the production process from start to finish. During summer 2019, they began working on the most recent edition. They chose a theme, sent out a call for submissions, and selected and edited papers.

Simon Bruns wrote the volume’s only book review. His review examines Kan Kimura’s book The Burden of the Past, a text that explores Japan and Korea’s different ways of remembering historical events. Moriah Simonds not only participated in the editorial process, she also published a research paper that investigates how current-day radical Hindu Nationalists portray and synthesize Indian history.

“It was really satisfying to be part of an academic pursuit that was intellectually legitimate,” stated Moriah. While Carnival accepts submissions from all history students, our students’ involvement with ISHA inspired them to get involved with the publication.

ISHA is a student-run organization with chapters around the world. A group of Hungarian students founded ISHA in 1989, during the fall of the Berlin Wall. Today, ISHA has a global presence and hosts several international seminars each year.

Simon attended one of ISHA’s international seminars in Berlin last summer. The event marked 30 years since the fall of the Berlin Wall and the creation of ISHA. In Berlin, Simon learned how academics take an oral approach to studying history. He interviewed various individuals, including a soldier from East Berlin and an artist from West Berlin.  He also met the editor of Carnival, which inspired him to get involved with the journal.

Andrea, Simon, and Moriah were critical actors in creating Lugano’s chapter of ISHA, of which Simon is the president. Each year, ISHA Lugano hosts various events such as movie screenings, lectures and archive visits. According to Andrea, ISHA Lugano’s goal is to create an “opportunity for students of history to connect with one another and have academic camaraderie.”

All three students are in their final year at Franklin. Andrea states that her experience with the university’s history department proved essential in her academic development and decision to get involved with Carnival. According to Andrea, Franklin’s history professors “empowered me in my writing of history and empowered me to recognize that writing history is a really important job.” Although she did not intend to study history when she arrived at Franklin in 2017, Andrea became thoroughly interested in the curriculum and stated that she is a “completely different person [today] having studied history.”