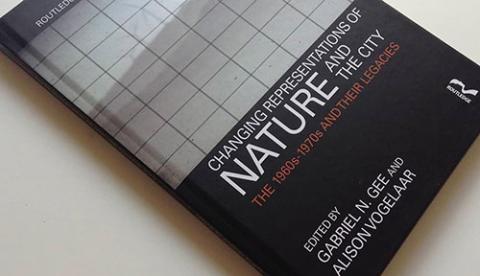 As noted by Professor Gee, “This publication was first formulated in the summer of 2014 when the TETI group (Textures and Experiences of Trans-Industriality) organized a workshop at Franklin. The workshop, supported by the Swiss Research Foundation (SNF), brought together scholars from distant shores to discuss the complex shifts in representations of urban and natural environments in the second half of the century.”

The resulting volume brings together diverse approaches, from art history, architectural studies and aesthetics, to heritage studies and sociology, environmental science and communication, in order to “reflect upon the changing representations of socio-natures in the context of increasing urban expansion and global interconnectedness."

Echoing Franklin’s international and interdisciplinary mission, the volume uses case studies from around the globe to offer a historical and theoretical understanding of the paradigmatic shift whose material and symbolic legacies are still accompanying us in the early 21st century.

Notably, the cover of the book is a still from a video piece entitled Weathermen, by Northern Ireland-based artist Conor McFeely, who held an exhibition at Franklin in 2013.