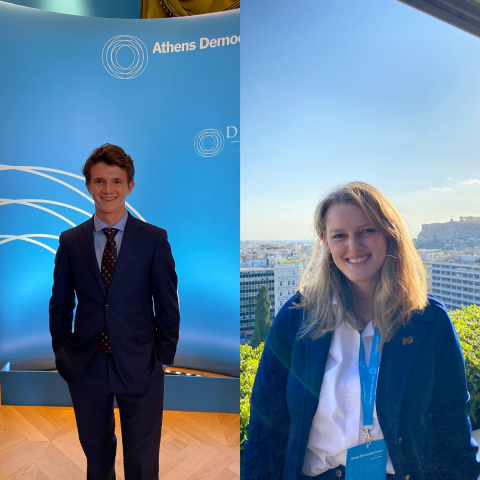 Campbell Pair '22, from Atlanta, Georgia, USA and Spencer Landry ‘23, from Commerce Township, Michigan, USA, were selected to participate in this year's edition of the prestigious Athens Democracy Forum, a conference in association with The New York Times which took place in Athens from September 29 to October 1. 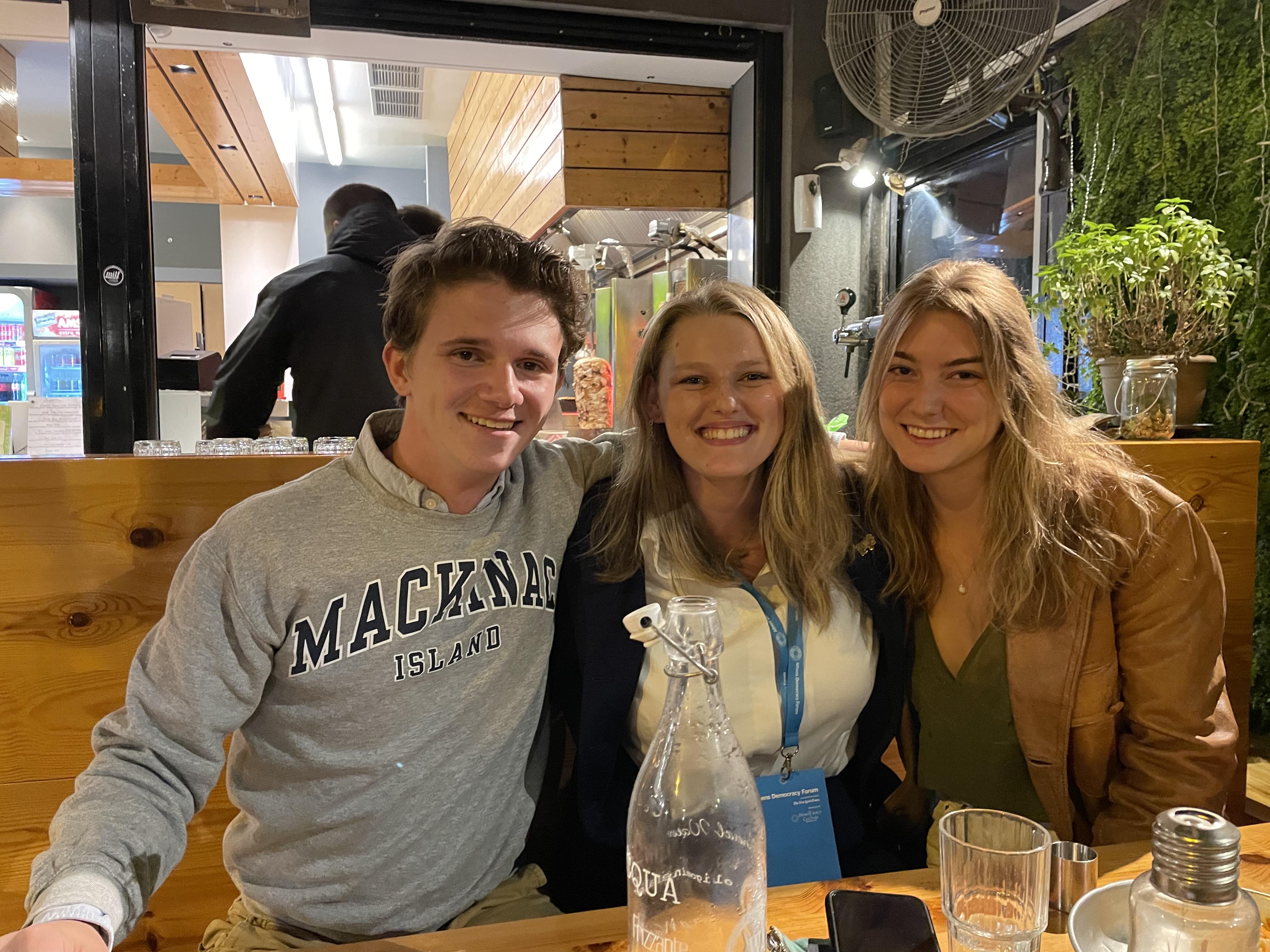 This is not the first time that a testament to the incredible quality of Franklin students' work has been acknowledged by the Forum where international leaders and policymakers debated a wide range of issues affecting global political health. In 2017 and 2018, Nitish Sudhir Soundalgekar ’19 and Camilla Arguedas Najarro ’19 and were the first to attend – learn more here and here – while two years ago student Simon Bruns ‘21 also had the privilege of participating in this influential occasion – read more here. Finally last year, students Hava Mansouri '21 and Luciana Vazquez '21 also tuned into the event, but unfortunately only remotely, due to the COVID-19 widespread.

The theme of this year’s forum – Resilience and Renewal – focused on the great challenges in today's environment and society, climate change, social inequality, polarized politics, fraying economic systems, and a fraught relationship with technology. 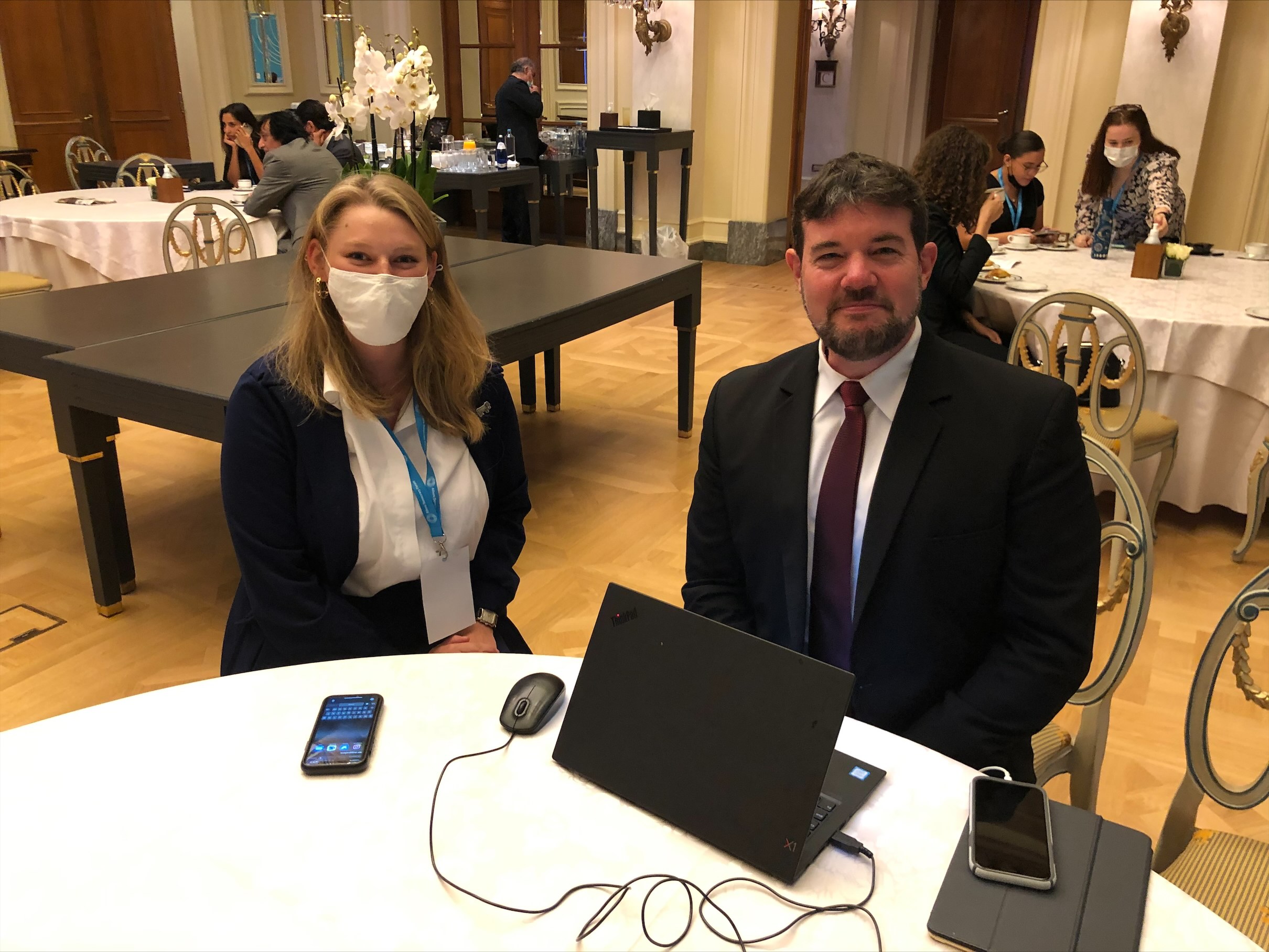 There is in fact a growing tension between politics and technology (misinformation, disinformation, deep fake technology, etc) so the Forum wants to call on speakers and delegates to roll up their sleeves and apply the lessons they’ve learned to real, actionable ideas for the future. Some of the topics discussed were rethinking work, art as activism, and alternative tools of democracy. Influential speakers from this edition included Katerina Sakellaropoulou, President of Greece; Kyrias Mitsotakis, current Prime Minister of Greece; Eduard Heger, Prime Minister of Slovakia; Irina Bokova, Former Director General, UNESCO and Chair of Board of Governors, Democracy & Culture Foundation; Matt Brittin, President of the EMEA Business and Operations in Google; Ai Weiwei, contemporary artist and activist; Yuval Noah Harari, a world-famous public intellectual and historian; and this year's recipient of a Nobel Peace Prize, Maria Ressa. 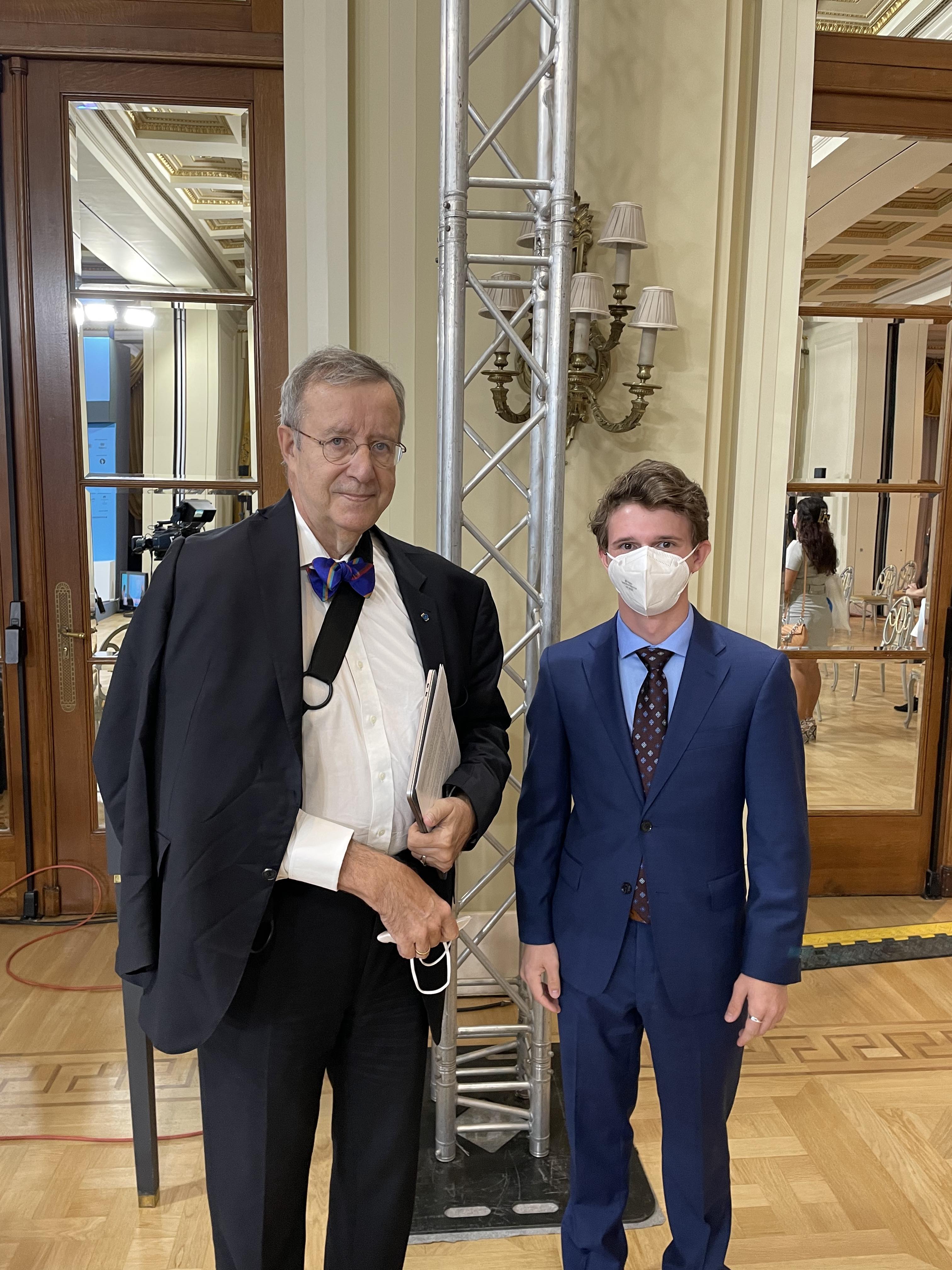 Campbell was especially excited about the incredible list of speakers. She recalls a conversation with New York Times reporter Patrick Healy, after his interview with Stacey Abrams, concerning the upcoming Georgia Gubernatorial election, as well as with two other youth delegates, Ines Saltiel and Alexia Papageorgiou about their work in Teens for Democracy. Campbell particularly enjoyed the discussions concerning artificial intelligence and its possible influence in democracies. In addition to the conference, she will fondly remember the other student delegates that she and Spencer worked with throughout the summer and then while in Athens.

Spencer added, "The most exciting moments for me were being able to meet the Prime Minister of the Hellenic Republic, the former President of Estonia Toomas Ilves, and being able to directly ask a question to Yuval Noah Harari regarding the threat that deep fake technology poses in comparison to the rapid spread of disinformation."